Piano is a desktop app that uses built-in MIDI support in order to offer an usable interface for playing any of the 127 instruments defined by General MIDI.

Then run the app in build/win folder. 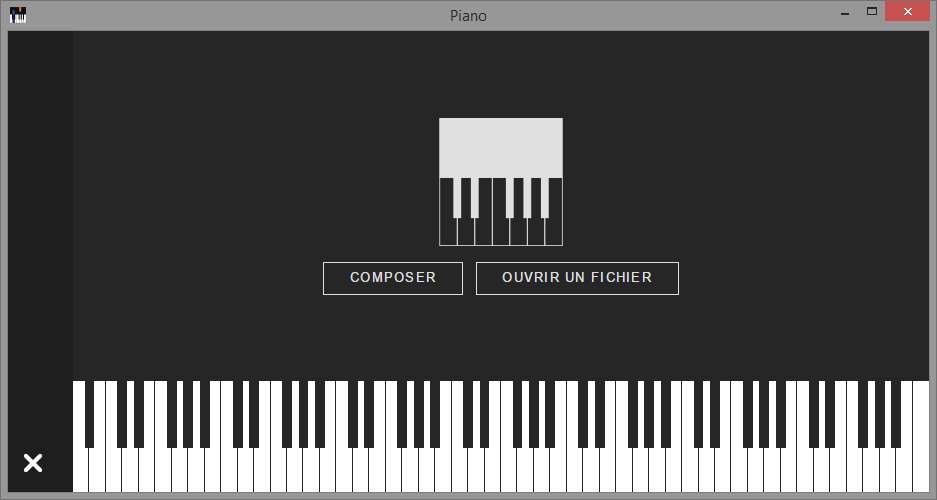 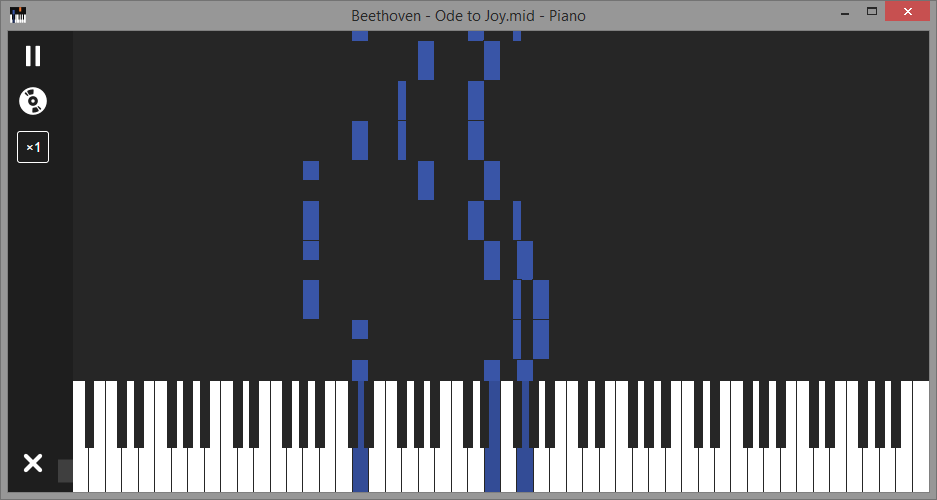 With a music loaded 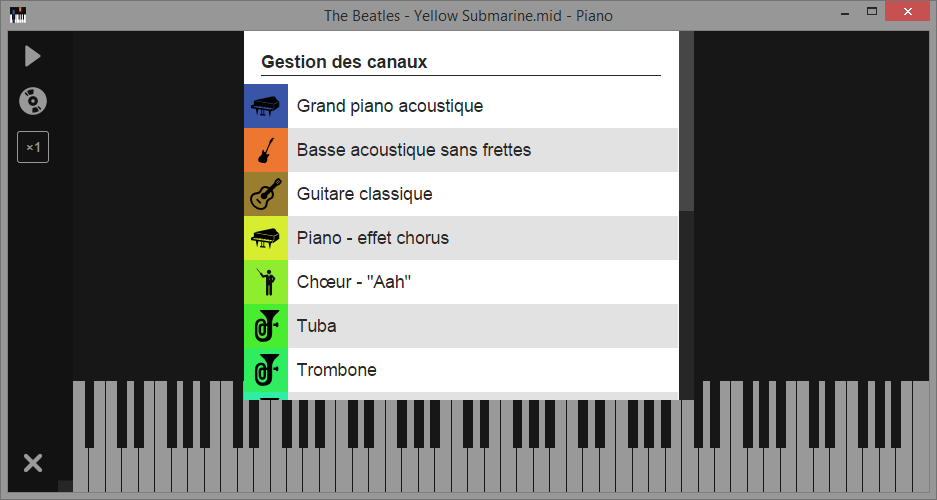 This app is currently in pre-release state, which means it isn't stable and that all work you have done might be lost at any time.

If you find any bug or have any improvement idea, please fill an issue.

Currently, the app is only available in French. New languages will be added soon.

The app won't produce any sound on systems that doesn't have at least one bundled MIDI output. Maybe should we ship with a default synthetiser.

The app has not yet been tested on Linux and Mac. If you encounter any problem, please fill an issue.